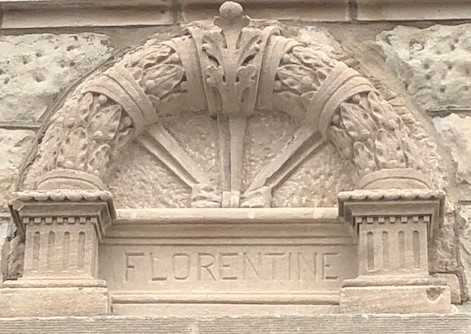 Join us to see how this unique old building has been brought back to life. The exterior is a fascinating combination of stone including rock-faced coursed ashlar masonry, cobble masonry, stringcourses, cornices, smooth-faced lintels. The front entrances are simple architrave supported by smooth, square pilasters with foliated bases resting on pedestals, a small ornamental feature tops each architrave with a lunette and panel inscribed “Florentine.” Immense stone bollards, with pyramidal tops, line front sidewalk as the remnant of the original fence. The interior was gutted in the 1980s and the renovation takes its cue from historical photos and descriptions. Original wood floors were retained, millwork was recreated, and the rebuilt staircases are stunning, lit from above by new skylights. 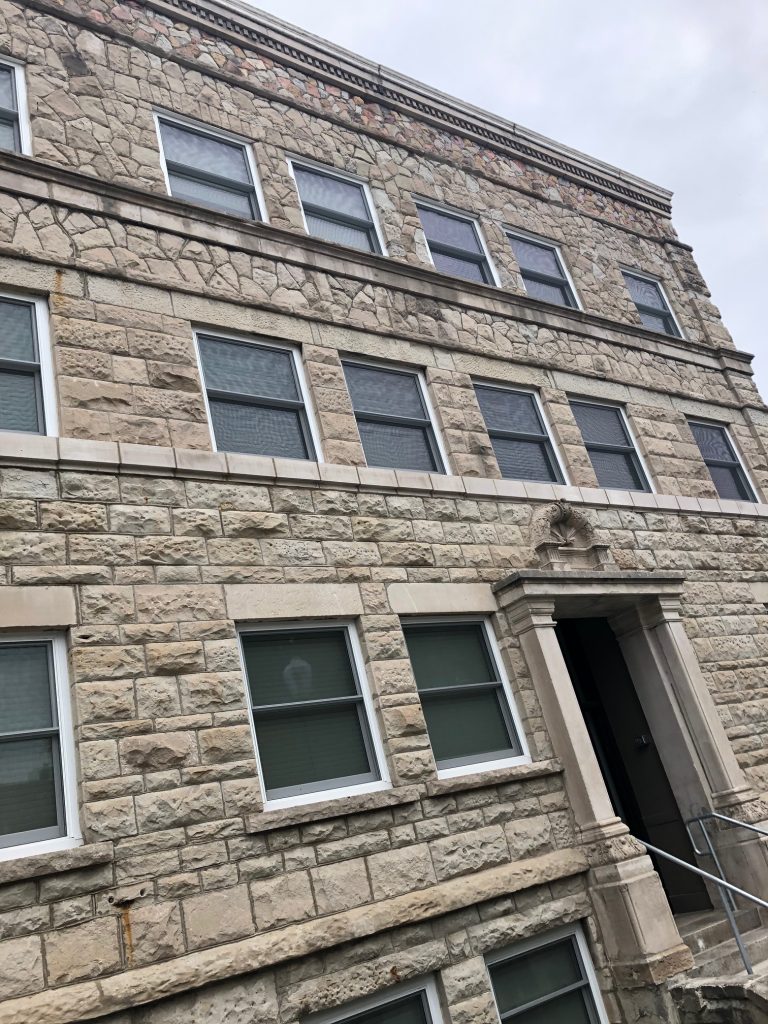 The Florentine Apartments were designed and built by Italian immigrant Vincenzo Pietro Chiodo (1869-1949.) Chiodo was born in Calabria and came to Omaha as a young man. His building career began with the purchase of materials salvaged from the old Douglas County Court House and Jail for about $5,000. These materials would later be incorporated into new projects which included a trio of apartment buildings – the Leone, Carpathia, and Florentine. Architecturally, these buildings are unique for their use of the Italian Renaissance style, unusual in the city’s apartment buildings, particularly the Renaissance palazzo treatment of the front facades. The stone front is also highly unusual in Omaha apartments where the most common material is brick. And the use of cobble masonry is perhaps unique in the state. Another nearby structure, the Chiodo, shows off eight salvaged Corinthian columns at its entrances.

The Leone, Carpathia, and Florentine were all designated as local and national landmarks in the 1980s, but of the trio, only the Florentine has survived. The Carpathia and Leone were demolished at an unrecorded time between 1990 and 1993 even though city annals do not record removal of landmark status. The Chiodo is also a national landmark and along with the Florentine, they are the only two remaining apartment buildings constructed by Chiodo.

After a productive, colorful, and tumultuous life, Chiodo died at age 80. He was laid to rest at Holy Sepulcher Cemetery.